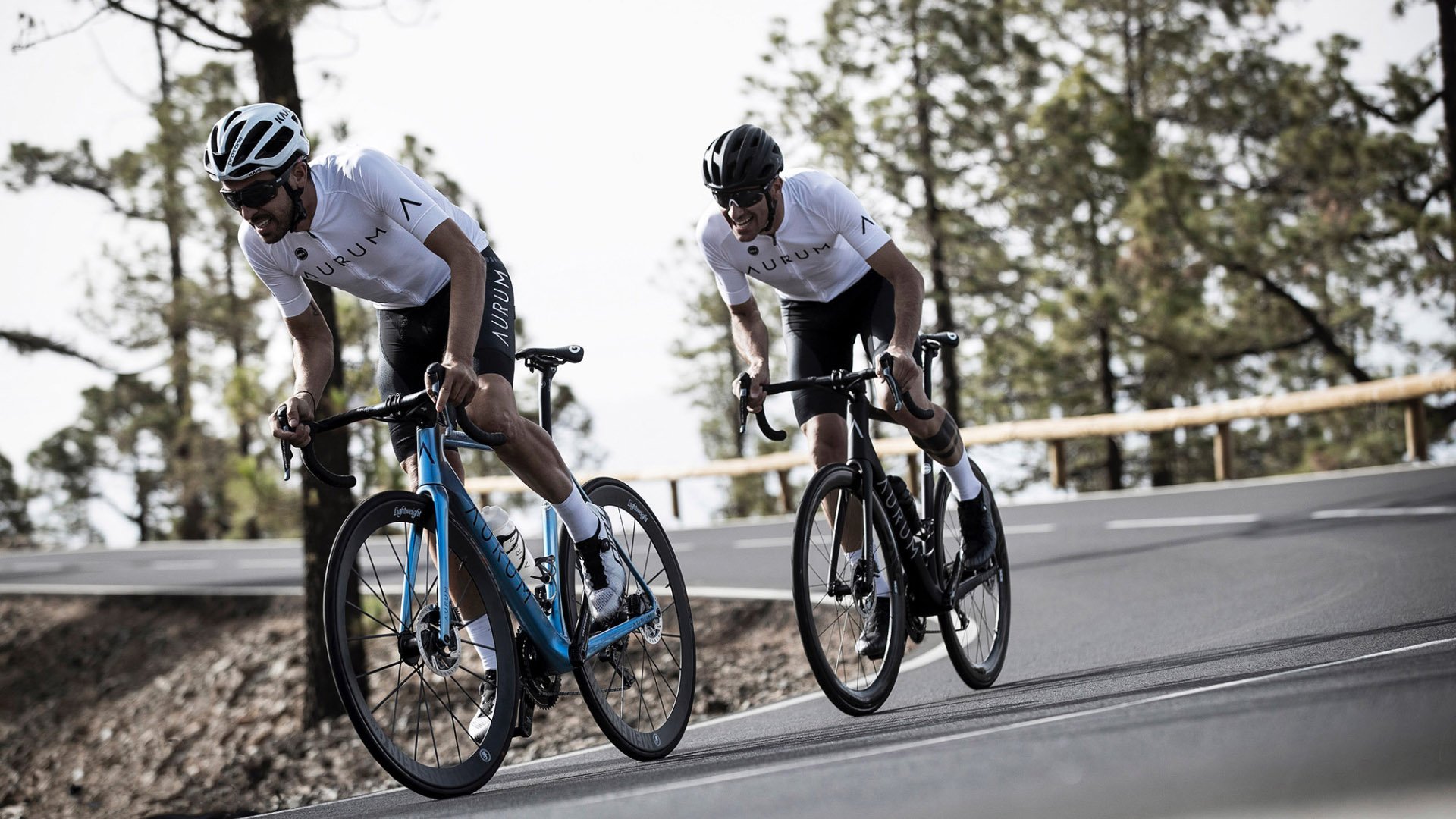 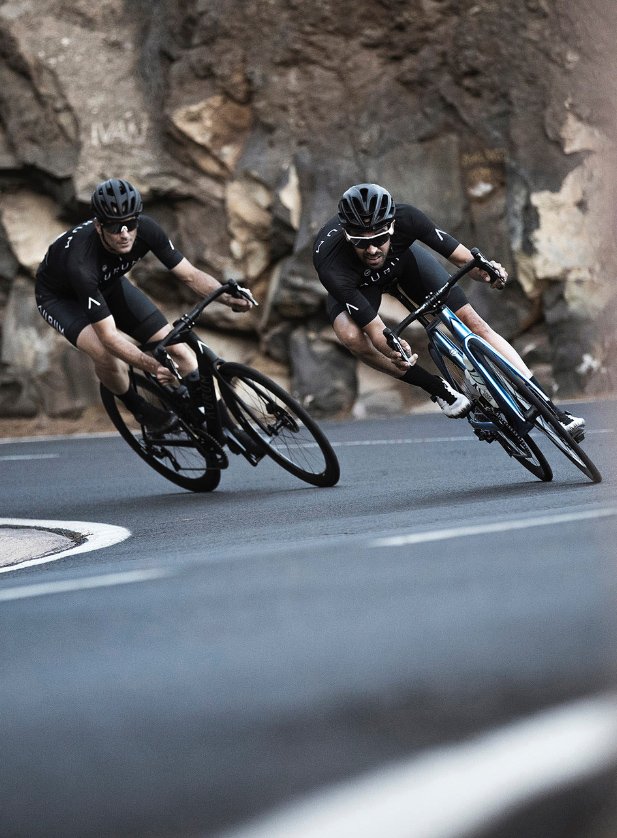 To become a Grand Tour winner requires talent, focus and the level of dedication that only occurs when overwhelming passion for success meets incessant discipline. The rare few who achieve multiple Grand Tour victories push this to a higher plain. Contador and Basso share the devoted mindset of serial winners, and now, retired from pro cycling they are free to create the bikes of their dreams, for you: AURUM.

“With our experience and working together with the team of bicycle industry professionals we put together, we have succeeded to create AURUM bikes in the vision Ivan and I held, and can become the bike of your dreams as well as ours.” – Alberto Contador

The name AURUM reflects the passionate character of the brand and the Latin connection between Alberto and Ivan, born in Spain and Italy respectively. AURUM means gold; it is the material of winners, the most precious medal and spot on the podium, reflecting both Contador and Basso’s passionate desire for success – whether in racing or in business – and their belief that Magma will set the gold standard for high end road bikes.

Both with multiple Grand Tour wins and success in many other professional road races – from U23 Worlds wins to victories in WorldTour stage races, national championships and beyond – Alberto Contador and Ivan Basso have the experience of racing and riding performance road bikes like few others.

Now retired from pro cycling, their passion for cycling and bicycles is perhaps more intense than ever, and they decided to immerse themselves in the bike industry and build a team of like-minded, experienced professionals to create AURUM. 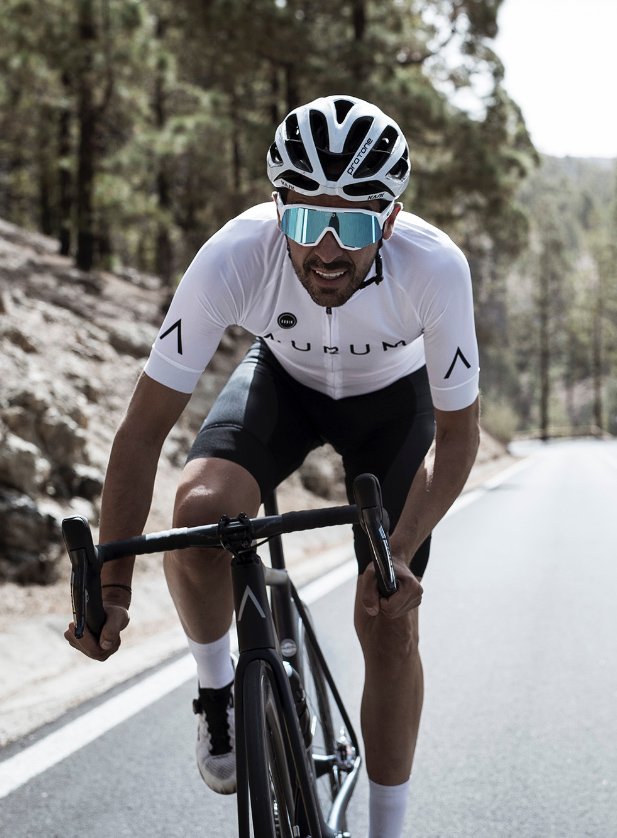 Alberto Contador is one of the most successful, respected and recognised riders in history. Determined and passionate, on the road the Spaniard could be explosive or gritty as the circumstances required.

As a racer he was most feared as a climber, although the record shows that it is his allround abilities that put his palmares up there with the very best in our sport’s history.

While the footage of Contador attacking on the ascents is perhaps the most iconic, it’s also the brave descending, the tactical moves – defensive as well as offensive – and his metronomic discipline in the time trial that set him apart.

And while he’s famous as one of only seven riders in history to win the Giro d’Italia, the Tour de France and La Vuelta a España, it’s a less often celebrated fact that alongside Bernard Hinault, Contador is the only rider to have won all three Grand Tours more than once. Alongside his many other recognitions, Alberto is unique as the only quadruple winner of the prestigious Vélo d’Or award.

He rode professionally with top level teams, including ONCE, Discovery, Astana, Saxo-Bank, and, upto his retirement from pro racing, Trek-Segafredo, where he signed off winning the final mountain stage and the Most Aggressive Rider award at the 2017 Vuelta. In differing roles, Alberto Contador and Ivan Basso have been paired together at three of these teams.

This level of racing success can only come with understanding every detail – and Alberto’s determined character is not reserved for the physical efforts, but also in the minutiae of what works. That means a deep appreciation for every element of a bike’s design, construction and set-up, and how it performs at speed, under great load and in the most testing conditions. It is this keen feeling – this judgment – that has been brought to bare with AURUM. As well as equipping him with an unusually high level of ability to judge a frame’s performance, they are characteristics that map fully onto the AURUM brand itself.

“I knew when I was still racing that I wanted to find a unique way to share my experience with other riders, and now we have found a way to pass this on with AURUM bikes.”
– Alberto Contador 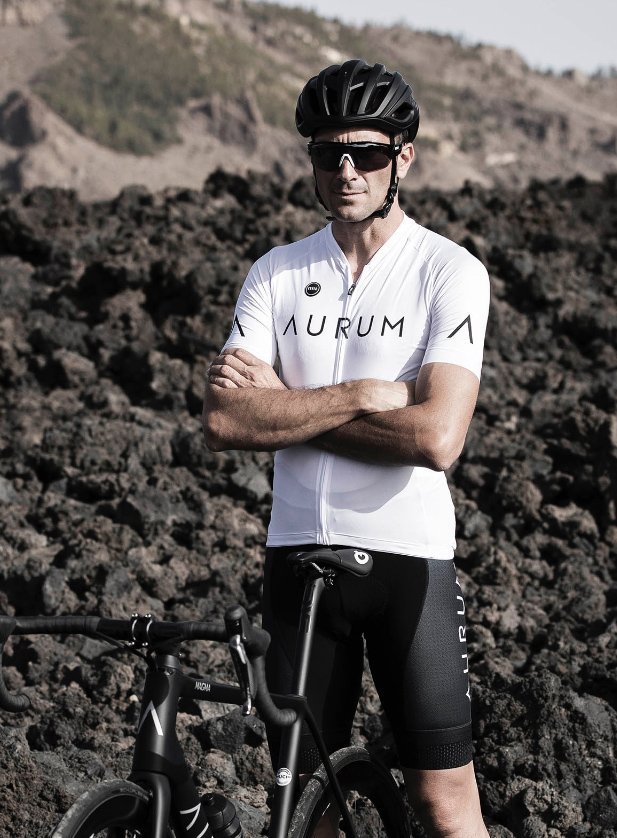 While the Italian former professional racer is best known for his victories in the Giro d’Italia, there is more to Ivan Basso’s palmares – and abilities as a rider and leader – than those important Grand Tour headlines.

Ivan’s incredible depth of experience garnered over a long career as a racer began as an amateur in the 1990s, and which saw him on the UCI Junior World Championships podium before becoming Under-23 World Champion three years later. Then, in the Tour de France, like Alberto Contador and an illustrious list of special riders, the Italian won the Young Rider classification, giving the field a hint of his two final GC podiums to follow in Paris, and a sign of the stage race success that was to come. Namely the Giro d’Italia wins in 2006 and 2010. During his career, Ivan rode for Fassa-Bortolo, CSC, Liquigas among other teams

Although a taller, heavier rider than Contador, Basso is widely regarded as one of the best climbers of his generation. And much like his friend, while his most notable results have come in climbing-focused Grand Tours, such successes rarely materialise without an incredibly high ability across the disciplines.

He has succeeded both as team leader and as team player in stage and one-races, showing his strength of character as a road pro, overcoming health challenges as well as those presented by the road and the competitive peloton.

After retiring as a professional rider, Basso has been involved in management, including a role as director sportive of the Kometa-Xstra Cycling Team. This young rider development team, a part of the Alberto Contador Foundation, has been riding the new AURUM Magma during the 2020 season, inputting to the thorough testing and feedback that sees hard-riding athletes of all sizes and weights provide the advantage of AURUM’s first model.

Ivan’s technical knowledge, as well as his tenacity, skill and bravery, have been fundamental for creating AURUM, drawing on firsthand experiences to design and test the bikes, fine-tuning its characteristics as only a multiple Grand Tour winner can. Ivan’s personal style and sense for elegant simplicity contribute wholly to the values of the brand.

“AURUM is a source of great pride for me. Together with Alberto and the whole AURUM team we have created a beautiful bike.”
– Ivan Basso

MAKING THE DREAM A REALITY

While fighting the best that a generation of racers could throw at them, Alberto Contador and Ivan Basso – old friends, former team-mates and sometimes rivals – dreamt of a time when they could apply their unique abilities for tuning handling and speed to their very own bikes. They planned and discussed it until the time was right for them to go ahead and create something that was 100% authentic to their dream – and that time is now. AURUM is the brand, and Magma is the first model, the ultimate racing road bike – fast everywhere.

Contador and Basso have driven the Magma project, first through passionate discussions on handling and geometry, detailing on frame shape and features, and lately to endless field-testing of the frame prototypes. With a clear idea of how the Magma should ride, a complex-to-achieve balance of stiffness, comfort, lively handling and light weight, Alberto and Ivan tested multiple carbon layup iterations to optimise the frame riding characteristics. This extensive testing has taken them not only on the roads, but also to the wind tunnel and the velodrome to put the product to test in all conditions. As well as Alberto and Ivan, the Kometa-Xstra Continental team has been training and racing on the Magma to provide additional feedback and hours of riding on the bikes.

Now, with hard work and determination their dream has become reality…and the first AURUM bike – Magma – is alive!

Want to know more about AURUM?

Register here to receive all the latest news